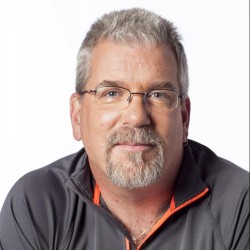 A 48,500-year-old virus revived from the permafrost

Seven types of viruses that have lain frozen in the Siberian permafrost for thousands of years have been revived. The
Nov 28, 2022
4 min read
Nov
25

A team of researchers have cracked a five century-old code that reveals a rumoured French plot to kill the Roman
Nov 25, 2022
4 min read
Nov
24

This company is trying to recreate extinct animals

The Jurassic Park movies made it pretty obvious that bringing ancient creatures back to life was a very bad idea,
Nov 24, 2022
4 min read
Nov
23

Inside the beautiful, brutal world of bonsai

She fell nearly two miles, got up and walked away

It’s a simple sentence that captures the hopes and fears of modern-day parents as much as the bronze age
Nov 18, 2022
4 min read
Nov
17

An investigation into the rise of what some call "Pretendians"

In June of 2018, artist Gina Adams took the stage at Dartmouth College in New Hampshire. She talked nervously about
Nov 17, 2022
4 min read
Nov
16

The silent-film star who laid the foundation for cellular networks

Most of our past theories about Egyptian mummies are wrong

Egyptian mummies, long an object of modern fascination, seem to link us with the ancient past by preserving distinct human
Nov 15, 2022
4 min read